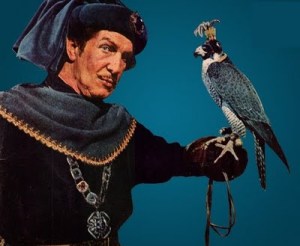 Part 1:   Price Discovery
Sometimes the long way round is the short way round. Dave Harrison sent this link while pointing out that Nobel prize winner Robert J Shiller seems to have a shaky grip, (to say the least!) of the purpose and function of markets. Which leads me to wonder what exactly is going on the Shillers mind..

This is the first of two parts.

‘ …An ideology is a comprehensive vision, a way of looking at things…a set of ideas proposed by the dominant class of a society to all members of this society (a “received consciousness” or product of socialization(sic)).
Ideologies are systems of abstract thought applied to public matters and thus make this concept central to politics. Implicitly every political or economic tendency entails an ideology whether or not it is propounded as an explicit system of thought.’
Wikipedia

The subject of what constitutes an ideology and who has one is a loaded subject.

Loaded because in Germanic societies the idea of ideology rests on the concept of a ‘received consciousness’ (See above), of being told what to think as opposed to ‘free will’.

Since we are assured that we have ‘free will’ (refer to ‘farm fresh’ previously) it follows that we, (as opposed to the enemies of ‘our way of life’), have no ideology. Often ‘western’ politicians insult each other by claiming that this or the other position is ‘ideologically motivated’, which implies it is somehow foreign, or alien in origin. The ideological dogma, (look up the origin of dogma), of ‘no ideology’ is repeated faithfully in every book, film and newspaper and by every official outlet and any one who questions the idea that we have no ideology will be branded a heretic and dealt with.

The ‘no ideology’ perception gains strength from the fact that the practical application of ideology is unseen in the day to day world around us. Ideology operates specifically in relation to thought and since most of the mundane things we do don’t require any conscious thought at all, it is clear that there are very few opportunities to consider what we are thinking and why we are thinking it.

It is not obvious that ideology is being employed in the purchase of Fruit Loops or dog food. Even paying taxes and obeying the traffic lights are couched in the language of practical compliance. And as I have mentioned elsewhere the very purpose of the Democracy Brand itself is to exclude thought

The existence and function of ideology only ever really becomes obvious when faced with a novel situation, one which requires ‘original’ thought or modification of existing patterns of thought. The more radical the modification and the quicker it has to be carried out, the clearer the expression of ideology is revealed.

Two striking relatively recent examples of this are:
The Twin towers attack on 9/11 and the Crash of 2008. Both were novel, emergency situations requiring an innovative response.

We should also note here that it was remarkable that the Germanic ‘left’ produced no clear separate response in either of these cases. There was no distinctive left response to 9/11 and there was no distinctive left response to the Crash
Why is this?
The only possible answer is that the left did not have a separate ideology from which to conjure a separate, distinctive response! Interesting as this is, for the moment I want to confine myself to the mainstream response that did take place.

The Twin towers brought to public attention the persona of Osama Bin Laden and his shadowy organisation; Al Qaeda. (shadowy Al Qaeda, shadow banking system, how come all our enemies are shadowy?). From the Free Press we learned of the brutal, medieval, Islamic belief system that motivated them. We found out all about the routine, often cruel, oppression of women and girls- a standard part of Al Qaeda life. We learned that they are anti modern, in fact pre enlightenment in their attitudes to society, science and of course, homosexuals, etc etc.
In other words, a made to measure feudal boogie man draped in white robes, plotting the advent of a new dark ages from his cave in the Afghanistan mountains.

And how do we fight this dreadful feudal apparition? Why, more democracy and more capitalism of course!

In a similar vein, in the aftermath of the Crash we began to hear tales of a ‘shadowy’ cadre of financial lords that were manipulating the system to produce (perhaps deliberately), the collapse. Apparently they had become Too Big Too Fail, cut off from democratic control and beyond the law. The name that Max Keiser among others gave to this phenomenon was Neo Feudalism.

And how were we to fight this dreadful apparition of financial feudalism? Why, more democracy,more capitalism etc etc

In both cases, under pressure, capitalist ideology produced a characterisation of the enemy as ‘feudal’. Is this a co-incidence?

The purpose of Ideology is to create and sustain a framework for common thought and action. It has been employed against a variety of ‘villains’ over the past decades from Russia to Islam, the latest being the Chinese. This apparent variety of enemies leads to a confusion between the actual nature of capitalist ideology and the modern applications for its use. To understand the core nature of capitalist ideology you must ask yourself:

When was the ideology of capitalism actually created, and for what purpose?

The ideology of capitalism was created to overcome NW European feudalism which it battled to replace. The cult of Protestantism was specifically developed in opposition to Catholic Christianity. The cult of capitalist ideology which came into existence in tandem with the Germanic pagan cult of Protestantism, developed its morality and its conception of the individual and society in opposition to feudal Catholic Christianity. It is specifically designed for this purpose. Since it was designed for a specific purpose it follows that capitalist ideology is only truly effective in this context. This leads us to the well known aphorism that :

To a man with a hammer everything looks like a nail

To a protestant capitalist every enemy turns out to be a cross between Vincent Price in the ‘Masque of the Red Death’ and the Pope! Imagine Vincent Price with brown makeup and arch pencilled eyebrows playing the part of Osama Bin Laden and you start to see how the ideology is actually constructed.

Every external enemy of the ‘west’ has been and will always be:

A feudal strong man
Surrounded by feudal warlords
Oppressing the people
By violence and
A religious cult
The people are brainwashed or terrified into submission
The strongman has secret ‘shadowy’ agents in our territory!
We must defend our ‘way of life’!

NB. Spotted this, perfectly illustrates the point, read it in mind of what is above…

GMO is to Agriculture as NGM is to Economy

Who benefits from the introduction of GMO? Who loses out?

Who benefits from the introduction of NGM? Who loses out?

It is the same trick being applied in agriculture and economy