Earthquakes and wars flatten streets, factories, homes and buildings.   But disaster gives an observer the chance to see   the layout of a city revealed in a way that otherwise would be impossible.  Now the collapse of the traditional liberal ‘left’ allows us to see right across a Germanic political city unimpeded by many of the structures that have obscured the view for the past century.

As we survey the newly revealed topography we can begin to understand what has collapsed and how . We can see that every major event in Germanic politics and culture over the past four decades is the result of the collapse of the Germanic left and the dissolution of the political structures it created.

The Germanic left existed as a globally significant social force for 100 years from the late 1870s until the 1970’s and its final utter collapse. In that century, socialism transformed the way that Germanic societies operated both internally and in the rest of the world.

Socialism acted historically as a means of extending and consolidating Germanic economic and political power in the same way that the missionary movement extended and consolidated the power of colonising nations in the two centuries before the rise of the modern Germanic empire.

Socialism  justified ever expanding Germanic control of the world’s resources under the rubric of ‘progress’. The pains and tribulations inflicted by  Germanic capitalistic control were justified on the basis that subject peoples were receiving the gift of progress and development tomorrow as compensation in  trade for pain and suffering today. Just as the inhabitants of Manhattan exchanged their island in return for a box of worthless trinkets, so generations of  world people have had their real future stolen and exchanged for  Germanic ‘progress’.

Let us be absolutely clear; at base the ‘left’ and ‘socialism’ are apologists for and enablers of Germanic control and nothing more. Socialists  plead to the masters  on behalf of oppressed peoples and make a show of seeking some mitigation of their suffering. In turn they seek to instruct these lesser peoples in the ways they could avoid unnecessary suffering and even further their interests under the Germanic system. It’s all about how to get along and not cause too much trouble. We might be even able to squeeze you out a little ‘welfare’ payment if you are good.

The Germanic left acted as self appointed mediators between the powerful and the powerless,  oppressor and  oppressed; between the Germanic nations and the rest of the world. It is not really any wonder that Lenin and the Bolsheviks attitude towards the Germanic ‘left’ soured from friendly contempt to cold hatred over the period of the Russian Revolution.

After the Holocaust and the attempted Slav genocide  it had become apparent to the worlds population that Germanic nations armed with modern technology were if anything, more savage and more barbaric than any of the ‘backward’ nations they had claimed to be developing. The myth of progress through capitalism and Germanic culture had been IRREVERSIBLY damaged. If the Germans couldn’t civilise themselves through technology and progress, how were they supposed  to civilise the rest of the world?

This internal and external collapse of the ideological structure of capitalistic Protestantism lead directly to the protracted sickness and death of its deformed twin sister, socialism. It was not the Germanic ‘right’  that was discredited to death in the concentration camps of the second Germanic War, it was the ‘left’. This is Tragedy in the classic sense of the word.

‘Socialism’ did not fall with the collapse of the Soviet union in 1991, it fell with the first images of Auschwitz that reached  the world 45 years earlier.

The ‘Reformation’ and dissolution of the monasteries and the Church began with the murder of Catholic monks. The fall of socialism began with the murder of German socialist aesthetes in the concentration camps. This is not co-incidence. One is a replay of the other. If you doubt it, look for the roots of Nazi anti Semitism in  Martin Luther’s ravings.

Dissolution is an historical form of Kristallnacht carried out against Catholics that transformed the social, political, economic and moral landscape of North West Europe. The Protestant Kristallnacht has been absorbed into the historical fabric of Europe, but it is still possible to discern the shape of corpses buried beneath the ground.

The monastic movement was characterised by the ownership and administration of land in common under the authority of the Catholic church and the regulation of local societies under the administrative hierarchy of the clergy. This formed the basis for what is known as the ‘feudal’ economy.

After the initial shock of the attack on the monasteries, the total stripping away of their accumulated wealth took a considerable amount of time. And it was this process of stripping away that gave the new Germanic states and their societies their specific nature.

Firstly, the land that had been supposedly promised to the peasants of Germanic Europe was  rapidly allocated to the German princes behind the Reformation. It was this accumulation of land wealth into private hands from its previous common ownership, that formed the basis for Germanic Land democracy.

Once the concept of common ownership of land was effectively abolished, a whole section of society was forced out of the agrarian economy and into the cities. This of course, was the basis for urbanisation the creation of the ‘working class’ and the Germanic cult of capitalism.

As well as the land  there was  other  wealth within the monasteries. These included artworks, relics and artefacts,  and just as importantly,   wealth in the form of  knowledge which when scavenged, would form the basis for the cult of science.

Once the princes had had their pick of the wealth from the Church, what remained was left to the ordinary people. They came to scavenge in order of local social power and status and stripped away what they could – carvings, tapestries etc until even the  carved woodwork and the masonry work was carted away by peasants and used to build the walls of pigsties and cattle sheds etc.

Something very like this has happened and is happening  in the dissolution of socialism. What we can actually see right now in front of our very eyes, is various groups  within Germanic society breaking up and carting away the remaining wealth of socialism.

are all aspects of SOCIALIST  social wealth that has been carried away by the modern German peasantry. And this leads to what is most startling about all this: Where the looted goods of Socialism have been turning up.

I explained that the looting of the Church was carried out according to social status. The German Princes got the land and the most valuable items. This obviously corresponds to the new German princes who have reaped the rewards of privatisation and financialisation.

But look where all the other stuff has gone…

To name but a few things:

I said there was a close relationship between the Dissolution and  Kristallnacht. Think of the way that the wealth of Communists, Jewish businesses etc all ended up in German hands. The houses, works of art, furniture etc. all appropriated  and their owners liquidated. You could be talking to a hausfrau in the street in Dusseldorf and realise that her  earrings are made of the gold fillings from somebody’s teeth.

And when the holy places have been stripped bare. And everyone in German society, even down to the lowest has had a chance to pick over the rags and the rubble. And the rag bag gang  have taken everything there is to take. And the even the doors have been stolen so the wind blows through and the roof of the building is caved in . What will be left for the likes of you and me?

I just posted that bove and then I saw this!!!

We cannot celebrate revolutionary Russian art – it is brutal propaganda 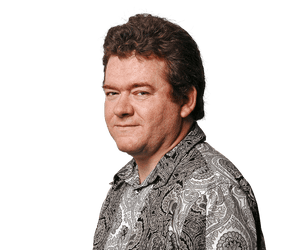