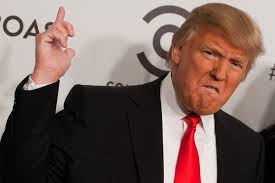 The forthcoming American Presidential election and Brexit are both evidence of profound changes in the politics of the western world. The precise nature of these changes is increasingly the subject of commentary in the press and media.

It is obvious that highly partisan name calling offers no possibility of any real insight. It is necessary to describe the development of these rival blocs within the context of the past decades and the forces that have shaped them.

Note here that Michael Moore has exhibited a rare insight in expressly linking the white Anglo-Saxon residents of ‘fly over’ middle America with the Brexiteers of Middle England. Unfortunately, virtually no one else has had the breath of vision to try to understand the link between these two social phenomena.

There are no longer any real ‘classes’ in the Anglo Saxon world. Instead I argue that there are now two dominant cultural constituencies which I call:

The Sax Pistols and

The Sax Pistols began to coalesce as a cultural constituency in the mid to late 1970s as a consequence of profound economic political and social shock that ran through the developed economies and especially the Anglo Saxon world from around 1968 onwards.

The Sax Pistols saw themselves as being under attack not just from the corporate elites above but also from the poor beneath who were receiving social benefits in the post war settlement that The Sax Pistols were not entitled to but were forced to pay for through taxation.

What is truly significant here is that The Sax Pistols chose to blame the section of the middle class that was immediately above them for this state of affairs. The importance of this is that politics was transformed as a conflict between economic classes into a political and cultural conflict within what had previously been the middle class. 150 years of traditional classic class based economic conflict was over, to be replaced by interclass cultural conflict. It had to be a cultural struggle because there was no definable economic reason for an economic one since it was between members of what was nominally the same class.

The Anglo-Saxon middle class split into two opposing factions. The first was a state oriented welfare bureaucracy that existed to distribute welfare under the terms of the postwar settlement. This was the upper section of the middle class that enjoyed the support of the liberal establishment and a relatively secure existence as part of the state machine. The Strangeloves.

The second was the disenfranchised lower middle class that had no access to the welfare as producers and administrators and which as a consequence was forced to develop a radical reliance on the free market to sustain itself. These were the Sax Pistols.

I will deal with the state bureaucracy grouping (The Strangeloves), next time but for now I will focus on the radical capitalist section which forms the nucleus of The Sax Pistols cultural constituencies.

In intellectual terms that economic recession in the 70s gave birth to Monetarism and reconstructed radical cultural capitalism. These are broadly the component parts of Neo Conservatism and Neo Liberalism.

The fundamental political purpose of Monetarism centres on the destruction of the state as the controlling influence on the economy. Radical cultural capitalism centres on small scale capitalist production as a cultural enterprise as opposed to an economic one.

The majority of the small businesses that were created in the aftermath of the 1970s economic collapse and up to the present day have no economic rationale. They are not large enough or efficient enough to produce a surplus of wealth on a level that is commensurate with the amount of time and effort that goes into creating them.

The only reason they exist is as a cultural totem of capitalist production. They are primarily there to give an identity and a sense of purpose to the people who operate them.

This gives rise to the conception of the radical small-scale capitalist as an icon. Two classic examples of this form are Malcolm McLaren and Vivian Westwood’s ‘Sex’ shop that gave rise to the Sex Pistols and Richard Branson’s ‘Virgin’ corporate empire.

Notes the references to sex and sexuality in both Branson’s ‘Virgin’ corporation and McLaren’s ‘Sex’ shop. This is not a concept of sex that is in any way healthy or wholesome. The imagery is of a form of violent, perverted sex better understood as capitalist screwing. This is not co-incidental. As the Sax Pistols turned on the Establishment they also turned on whatever remaining vestiges of traditional Anglican morality they had and embraced full on Puritan anti human Germanic Protestantism.

Both ‘Sex’ and ‘Virgin’ began as small-scale radical insurgent hip capitalist enterprises. Of course since the 1970s they have been assimilated into the mainstream of capitalist culture economy to the extent that they are now corporate entities every bit as much as Tesco or McDonalds. The difference is they still retain some vestige of radical chic.(Hard to believe now, but in the aftermath of the Berlin Wall McDonalds had some of that radical capitalist vibe!).

Once Saxon society created the idea of the radical outsider cultural capitalist it is not hard to see how this lead directly to Donald Trump and the present presidential election.

The final significant twist in the development of the Sax Pistols came when it’s cultural ideology was adopted by a significant section of what had previously been known as the Anglo Saxon working class. This really was the final nail in the coffin of class politics as we had known it.

‘Workers’ who had been made redundant from secure manufacturing and corporate jobs were also forced to adopt to a more freewheeling ‘wild west’ form of capitalism. The radical privatisation programs brought about through Monetarism offered this section of the ‘working class’ the chance to benefit it ways not previously open to them, so in some ways they experienced upheaval as a positive thing.

A section of the disenfranchised middle class together with a cohort of the working class form the backbone of the Sax Pistols cultural constituency in the Anglo Saxon world. It is these people who will be at the forefront of voting for Trump on Tuesday.